Skip to content
Home/CPZV-en, Program for children/All children in Serbia are equal. But some are more equal than the others

All children in Serbia are equal. But some are more equal than the others

On the Universal Children’s day, Network of Organizations for the Children of Serbia (MODS) regrettably reminds that there are many children in Serbia who are unable to exercise their rights. Some of these rights, according to the Convention on the Rights of the Child, are – the right to live, the right to have the name, the right to live with their parents, the right to express their opinions, the right to be healthy, to receive the medical treatments and rehabilitation, to get the education…

Unfortunately, the available data show that many of children’s rights are endangered, or not available to every child. In other words, all children in Serbia are equal, but some are more equal than the others.

The children who are being raised in poverty are less likely to have the same level of education as the children from wealthier families. Also, they are more likely to have smaller salaries than wealthier children later in life, and this difference grows bigger and bigger with time. The poverty risk rate of children in the Republic of Serbia is substantially higher in comparison to 28 members of European Union in 2012. (30% in comparison to 20,8%).

It is estimated that 6.041 children is separated from their parents. 15% of those children are placed in residential institutions. However, there is a trend of increased number of children which are taken from their biological families who are using the services of residential placement. In 2013, 1.202 children were taken from their biological families. 435 children were taken due to the severe neglect and abuse. The analysis shows that only in 15% of cases there was a long-term support to the family prior to displacement of the child and that in 19% of cases, no measures to strengthen the family were taken. There is also not enough support to the young people who leave the residential institutions and foster homes, which are the temporary measures of child care.

Family support services have been unjustly neglected in the course of the Social welfare reform. It is very important that these services become the priority in the further development of Social welfare, in order to provide further support to the deinstitutionalization of these services and to the right of a child to live in a family.

The reality is that the public kindergartens are mostly attended by children (3-5 years) from the wealthiest families (82%), while the number of children from the low-income families is very small (8,6%), and extremely small in case of Roma population children (5,5%).

There are two very important strategic documents in Serbia which will expire in 2015 – National plan of action for children, in which the general strategy regarding children was defined for the period 2005.-2015, and the National strategy for the prevention and protection of children from violence 2008-2015.

Therefore, we invite the Government of Republic of Serbia and the ministries in charge, to plan and implement the measures in such a way that: 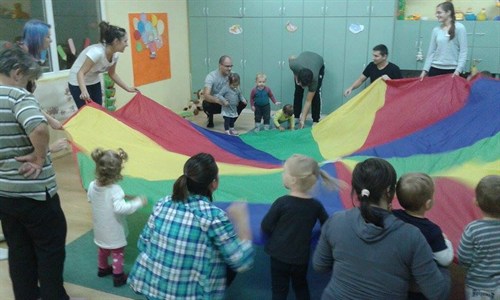